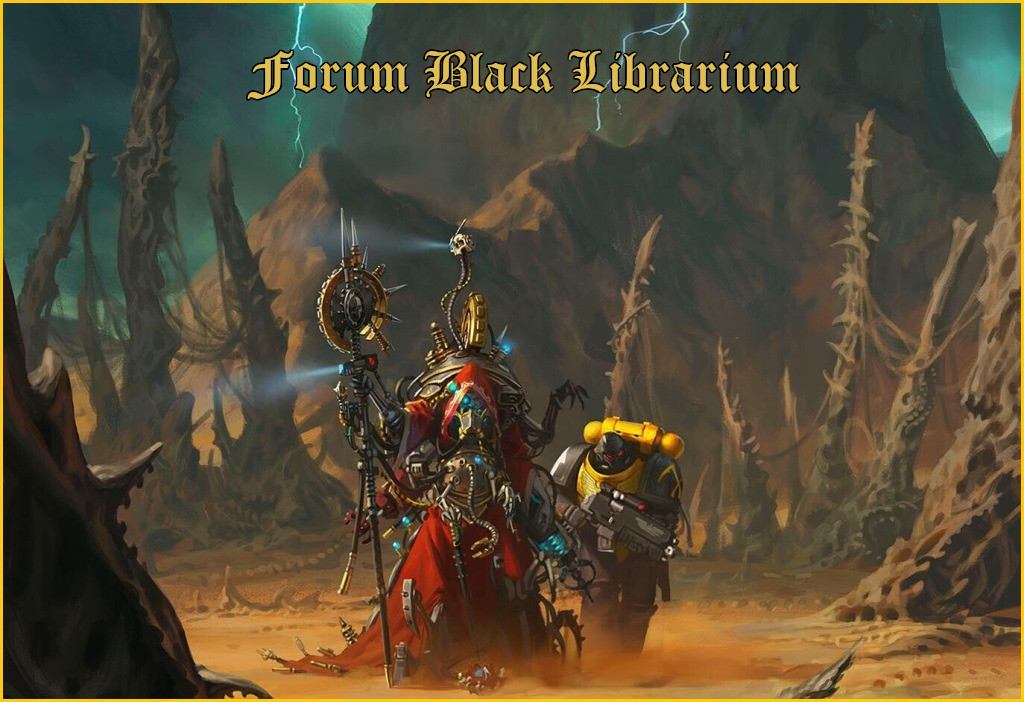 - Only Ash Remains de Nick Kyme.
An underhive gang ambushes newcomers to their territory. But the interlopers are deadlier than the gangers can imagine. They are Salamanders Space Marines, and they are on the hunt…
A brand new Salamanders short story from Nick Kyme.

‘Nick Kyme is right at the epicentre of his comfort zone, and it shows.’ – Nik Vincent 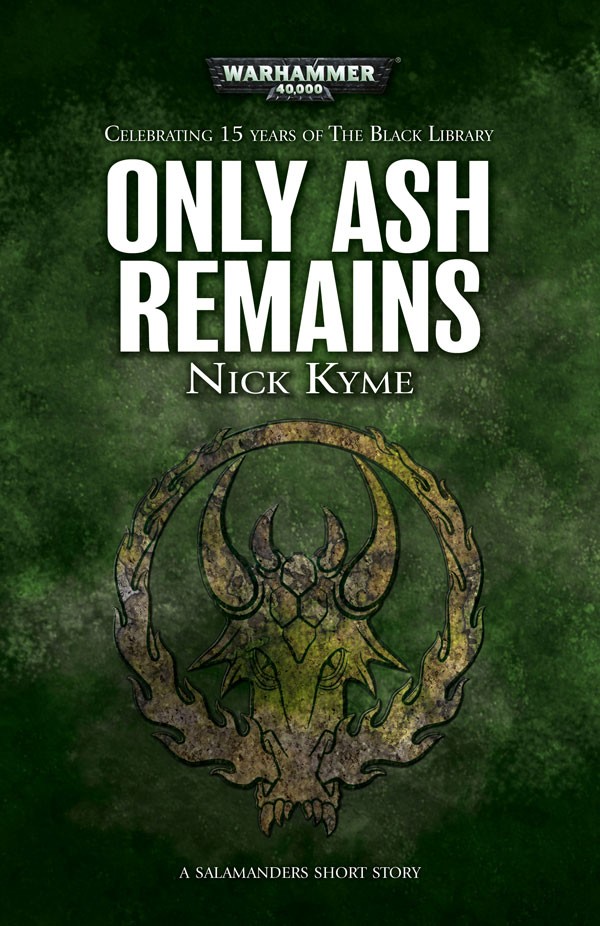 - Easy Prey de C Z Dunn.
Brother Terach of the Dark Angels finds himself in a desperate life-or-death search for the hiding spot of a sniper, before he becomes the shooter’s next target.
A Dark Angels story from CZ Dunn 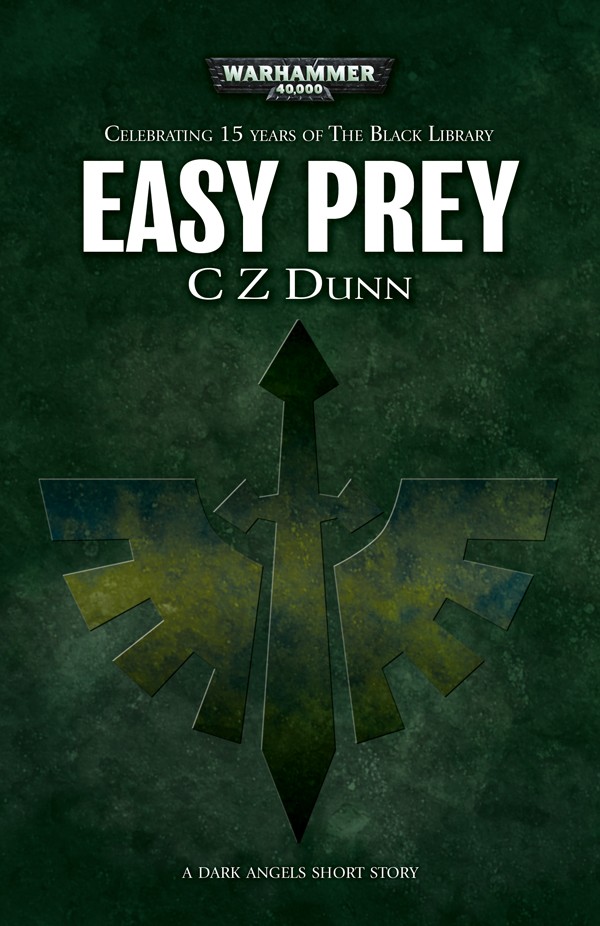 ‘This story is Aaron Dembski-Bowden’s coming of age.’ – CZ Dunn 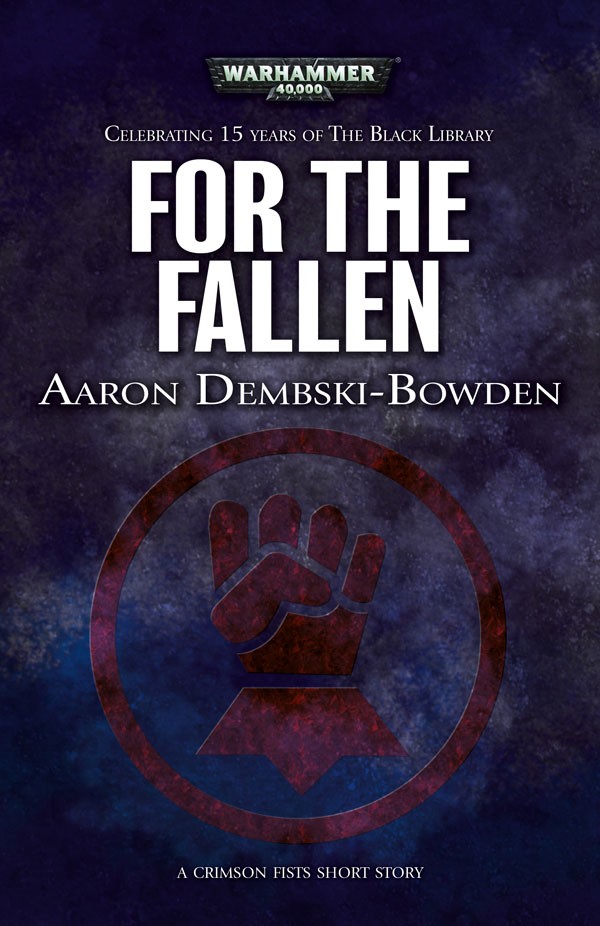 - Voices de David Guymer
Take a glimpse into the twisted psyche of infamous skaven warlord Queek Headtaker as he plots and schemes between battles – but just who is telling his devious plans to...? 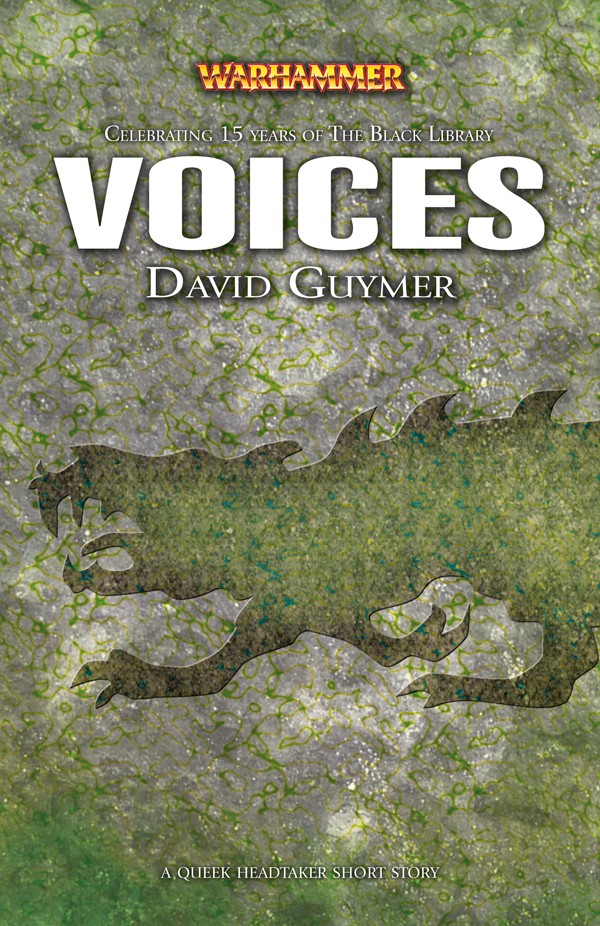 - The Weakness of Others de Laurie Goulding
A terror stalks the cold night, killing foe and friend alike. As his tally of skulls rises ever higher, one warrior earns the name that will follow him forever: Khârn the Betrayer.
A Warhammer 40,000 short story from Laurie Goulding.

'Expect the blood to run cold and heads to roll in this blistering tale.’ – Rob Sanders 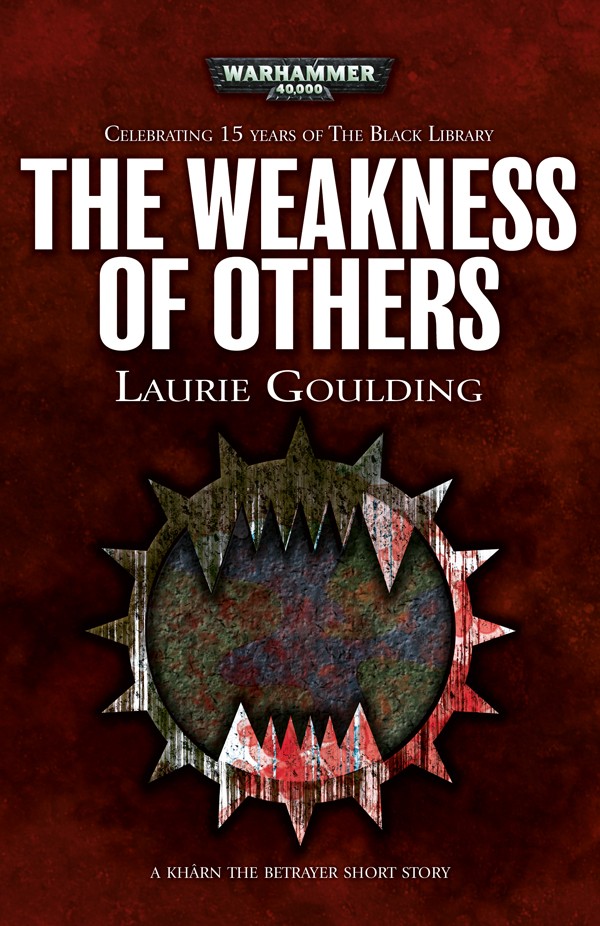 - Gilead's Craft de Nick Vincent.
In the aftermath of battle, Gilead Lothain remembers his recent deeds and reflects upon the events that led to him practicing his deadly craft.
A Gilead short story from Nik Vincent. 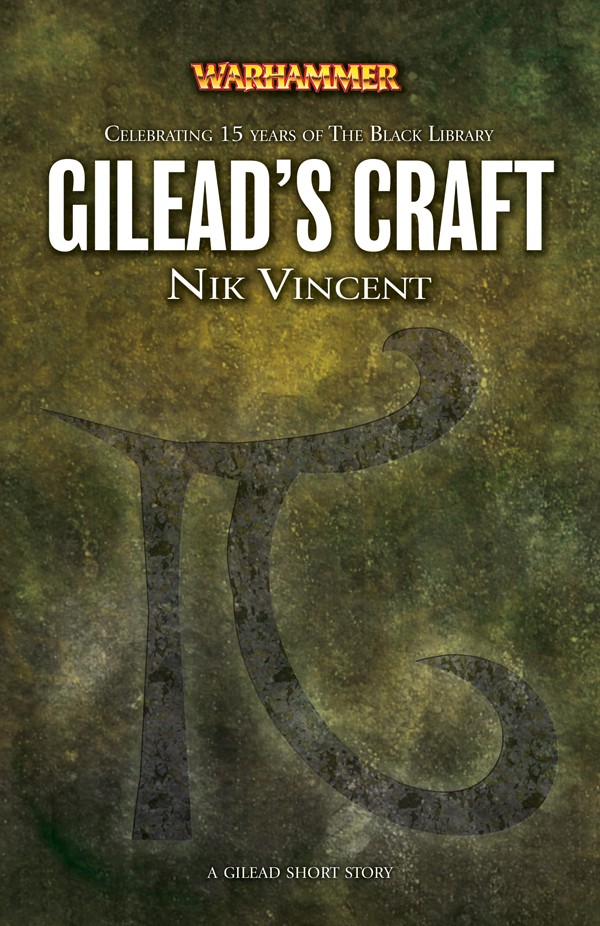 - All Is Dust de John French.
To their foes, Thousand Sons are automata, deadly walking armoured suits who feel no pain or fear. But what is it like to live inside that armour, a spirit divorced from flesh?
A Thousand Sons short story from John French.

‘The writing is as elegant as the horror is cosmic.’ – David Annandale 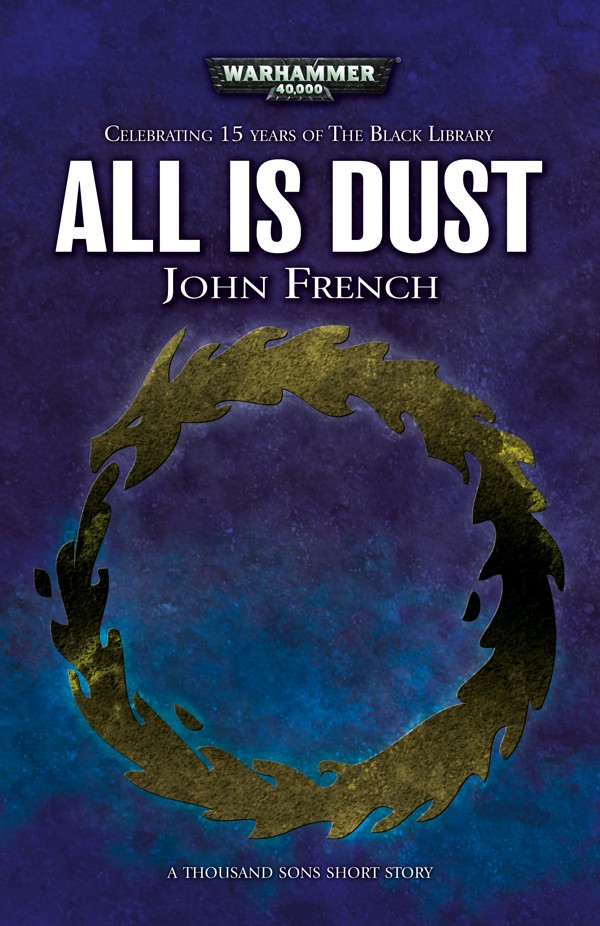 - Evil Eye de David Annandale
A tortured prisoner on an ork warship is protected by a fellow captive. But what manner of man dares to stand up to a mighty ork? Only one man: Commissar Sebastian Yarrick.
A Commissar Yarrick short story from David Annandale.

‘Brutal and focused, it takes you right into the moment.’ – John French

‘It's subtle, it's slick, and it's full of nods to the wider storyline of Yarrick' – Laurie Goulding 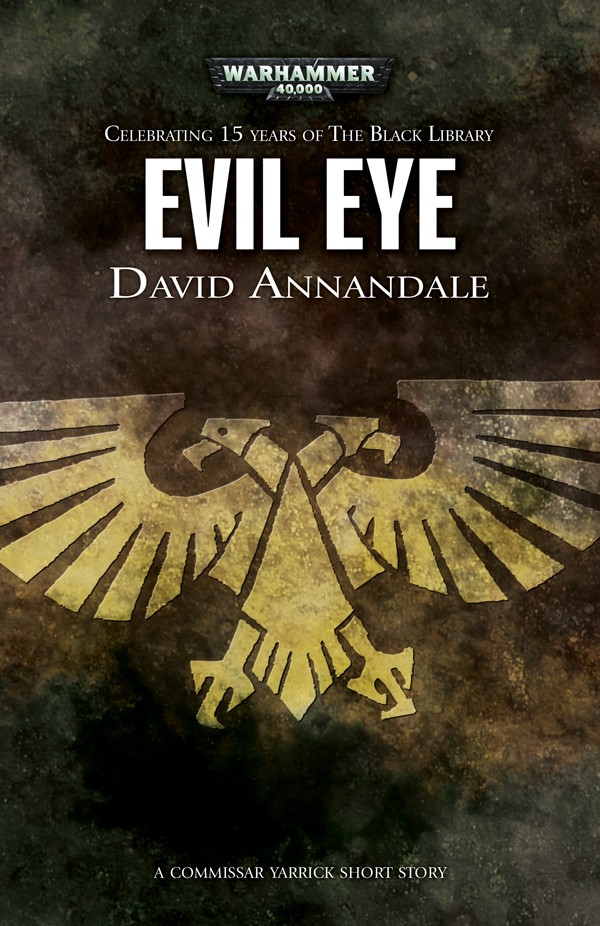 Repent! For tomorrow you die!

- Army of One de Rob Sanders.
As civil war blazes across the galaxy, the hive world of Proxima Apocryphis turns traitor and Malcador the Sigillite despatches punishment in the form of a living weapon…
A Horus Heresy short story from Rob Sanders. 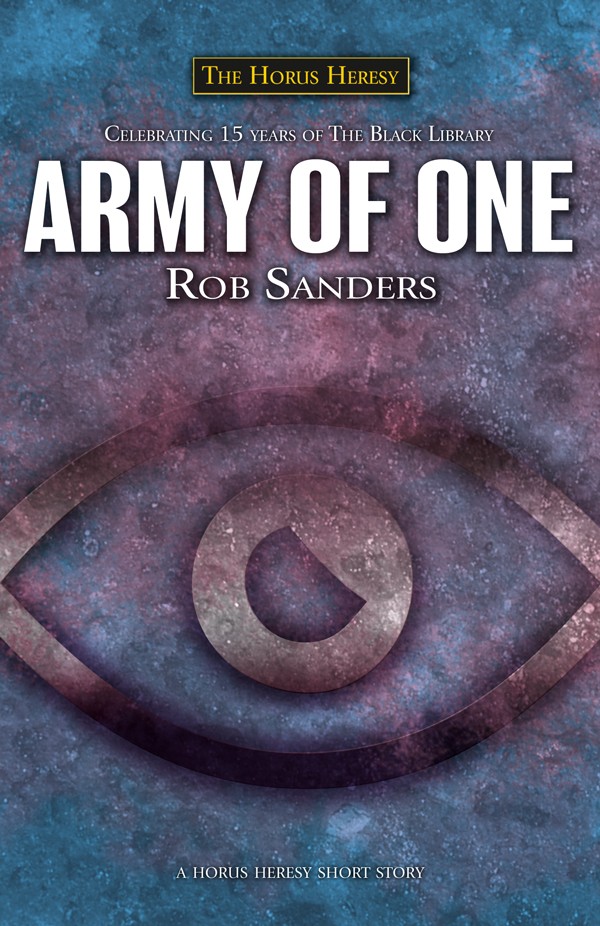 - Sword Guardian de Graham McNeill.
Emperor Sigmar rides for Reikdorf, summoned by his sword-brother Wolfgart on a matter of the greatest urgency. Will he arrive in time? And what could be so important?
A Time of Legends short story from Graham McNeill. 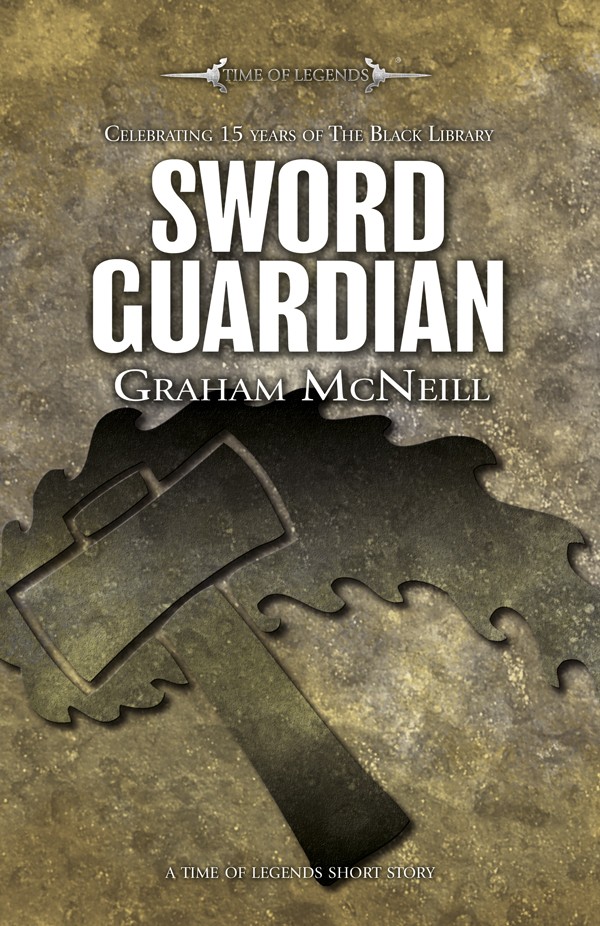 Well, the last fifteen days have gone by quickly, haven’t they? It seems like yesterday that we were starting the Black Library birthday celebration with Dan Abnett’s Kill Hill, and today we bring you the last of the fifteen short stories, from another of our most popular authors, the mighty Graham McNeill. And while Dan revisited his past with the Iron Snakes, Sword Guardian, featuring the Emperor Sigmar, looks forward to the future…
Here’s what Graham had to say about it:

The Time of Legends stories are big. Big characters, big battles, big dramas and a big, sweeping epic scale. So how do you distil that down to a thousand words? You take what's at the core of what makes the Sigmar stories work and write a story about that: the bonds between people.
What I love about writing these tales is that, while the big battles are crucial, they would be meaningless without the human dramas and people in them; the bonds of love, friendship, loyalty and honour that exist between the men and women (and children) of the Empire. The stories aren't just about overcoming the orcs/daemons/undead (though that's important…), they’re about why our heroes are doing it and who they’re doing it for. So when Sigmar’s Sword Brother sends word for him to come quickly to Reikdorf, it's a call that must be obeyed…’

Inspiring words there. If you’re not familiar with Graham’s Sigmar tales, the novels Heldenhammer, Empire (which won the David Gemmell Legend award in 2010) and God-King are available now. David ‘Voices’ Guymer is a fan of this epic series, and wanted to say a few words:

‘In the hands of Graham McNeill the Time of Legends means what it says, and legends come no grander than Sigmar in this brilliantly unexpected tale of the first emperor. Graham packs a hell of a lot in to such a tight space, treating us to the thunder of hoof beats and the sights and smells of the vibrant young Empire. You can almost feel the horse galloping beneath you and, for a beautiful moment, you’re as close as you’ll ever get to riding alongside Sigmar – and who could want more than that?’

Sword Guardian is available to download now, as are all fifteen of the Black Library birthday short stories. If you’ve missed them, here’s a brief (well, quite long actually) précis:

Kill Hill by Dan Abnett returned to Priad of Damocles (from Brothers of the Snake) to tell us the end of a very long story, while Sarah Cawkwell offered immortality or death through the terrifying wiles of Valkia the Bloody in Blood Blessing.
Blood was also a major factor in Andy Smillie’s Immortalis, in which a Space Marine of the Flesh Tearers remembered all three of his deaths… Conversely, Blood Sport by Josh Reynolds managed to be that rarest of beasts, a Gotrek & Felix story in which no one died at all.

Nick Kyme rebalanced that in Only Ash Remains as his Salamanders killed a great many people indeed in the depths of an underhive, and CZ Dunn also produced an action-packed Space Marine story, Easy Prey.
Back in the Old World, Darius Hinks told a tale of the sinister skaven and the terrifying Cankerworm. Aaron Dembski-Bowden brought us a wonderfully elegiac look at how the Crimson Fists remember their lost brothers in For the Fallen, and then the skaven popped up again in a worryingly insane way as David Guymer demonstrated how Queek Headtaker hears Voices.

More insanity followed this, as Laurie Goulding got into the head of Khârn the Betrayer and gave us his views on The Weakness of Others. Nik Vincent returned to a well-loved character from the early days of Black Library and explored what makes an elf tick in Gilead’s Craft.

John French took on a very different perspective in All Is Dust, showing us life from the viewpoint of one of Ahriman’s Rubricae, Space Marines whose spirits are forever trapped in their armour. David Annandale’s Evil Eye brought us on board an ork spacecraft and showed us just why Commissar Yarrick is a hero to the Imperium and a source of fear to the greenskins.

Then we returned to the dark days of the Horus Heresy for a look at the secret war behind the conflicts of the Legiones Astartes in Rob Sanders’s Army of One. And that brings us back to today, and Sigmar riding to his friend’s aid in Sword Guardian. It’s been quite a journey, and we’d love to hear what you thought of all the stories. Let us know on our Facebook page or using the Twitter hashtag #BLis15.