The wait is almost over. Pariah, the next instalment in Dan Abnett’s Inquisitor series will be available to pre-order from this Friday. To get you in the mood, here’s a short extract:

I never liked Thaddeus Saur. It’s safe to say my feelings towards the cruel bastard were stronger and more negative than that. But he was of the Maze Undue, and so was I, and this could not be permitted.

I started forwards. I shouted out a great cry, and snatched a buckler from the pegs. My cuff was turned to dead, so the force of my bluntness came with me and my shout.

It can be like a slap to have a pariah come at you, aggressive, unlimited. To even a non-sensitive, a regular human, the psykanic null of a blank mind can be disturbing, if only fleetingly.

The stranger recoiled. It was enough of a surprise to stop him cutting out Saur’s throat. My interruption wasn’t going to stop there. I hurled the buckler like a discus.

The small, circular shield missed him, but he was obliged to duck. Saur was far from finished. He kicked out, savagely, and caught the stranger on the inside of his thigh with his heel, throwing the man sideways, clumsily.

The stranger landed, hands on the canvas, but was ready as Saur propelled himself forwards and kicked the mentor’s legs away. Saur slammed onto his back.

I was, all this time, still running at him. I turned the run into a flying kick.

He rolled under me, flat to the floor, and sprang up as I landed and turned.

I think he wanted to say something to me, but he didn’t know what. Perhaps he wanted to tell me to flee, to back away from a fight I had no part in, but he couldn’t. If he wanted Saur dead, he had to kill me too, or the whole house would come down on his head.

I could sense his conflict. Unarmed as I was, I drove at him, using his reluctance against him. Fighting Saur was one thing, but he didn’t want to engage a young woman. His response was half-hearted. He tried to shove me away. He tried to spare me his blade, though it was still in his hand. I think he hoped to clip me with the hilt or pommel and perhaps knock me out.

I would not let him off so easily. I grasped his wrist, turned it and, with my other hand, punched the pressure point in his upper arm.
The salinter flew out of his deadened fingers.

He rammed me aside with both hands. I staggered and fell, knocking down a rack of wooden exercise staves.
I got up, gripping one stave and kicking the others out of my way. The stranger was backing away from me, his hands up.

I think he intended to cut his losses and flee.

He doubled up as Saur’s cutro tore into him from behind. The short sword went through his coat, through his robes, through his under-jack and mesh, and sliced into his waist. Saur ripped the blade free, and blood squirted out across the canvas. The stranger stumbled away, his head wobbling like a drunkard’s, his feet unsure, his eyes confused. He had both hands clamped to his waist, but even tight together, they could not plug the hole in him. Blood poured out, like red wine from a jug. His hands and sleeves were soaked with it.
His mouth opened and closed, without managing to form words.

He fell down on his back. Saur just stood there, watching him bleed out, the bloodied cutro low at his side.
Blood formed a huge, dark red mirror on the canvas around the stranger. The mirror crept out. Blood soaked his coat and robes, covered his hands, and flecked his face. He stared at the ceiling, his mouth fluttering open and shut, his legs twitching.

I bent over him.

Perhaps he didn’t have to die, I thought. We could hold him, bind his injury, call for the city watch. I tried to apply pressure to his ghastly wound, but it was open, and as big as a dog’s mouth. My hands were no better at stemming the flow of blood than his had been.

He suddenly, finally, saw me instead of the ceiling and the lights. He blinked, refocused. Tiny beads of blood had lodged in his eyelashes.

He said a word. It came out of him like a gasp, more breath than sound.

It was a word I had not heard before.

There was a bang, right in my ear, and it made me jump because it was sudden and close and painfully loud. A bark of pressure clouted me along with the noise. I flinched as bloody backspatter hit my face, throat and chest. I had his blood in my eyes.

Mentor Saur put another round through the stranger’s face for good measure, and then holstered his snub pistol.

Those of you lucky enough to have a ticket to Games Day UK on Sunday can pick up your copy of Pariah from the Black Library stand, and you can even get Dan to sign it for you. If that’s not awesome enough, there is also an Abnett story in this year’s Games Day Anthology which provides even more insight into the Inquisitor series. We’d love to tell you more, but that would ruin the surprise, so you’ll just have to get your copy on the day to find out. 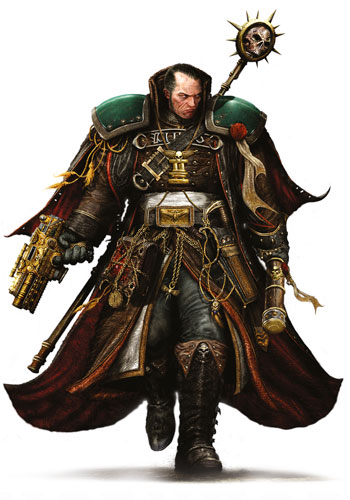 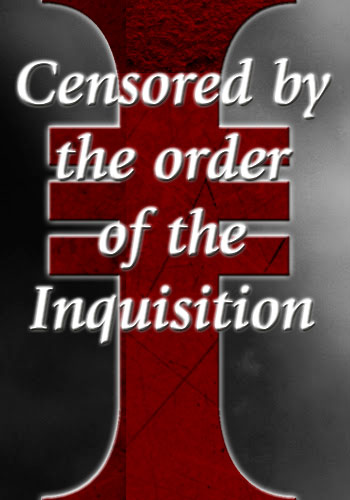 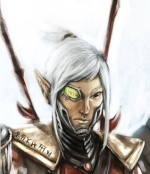