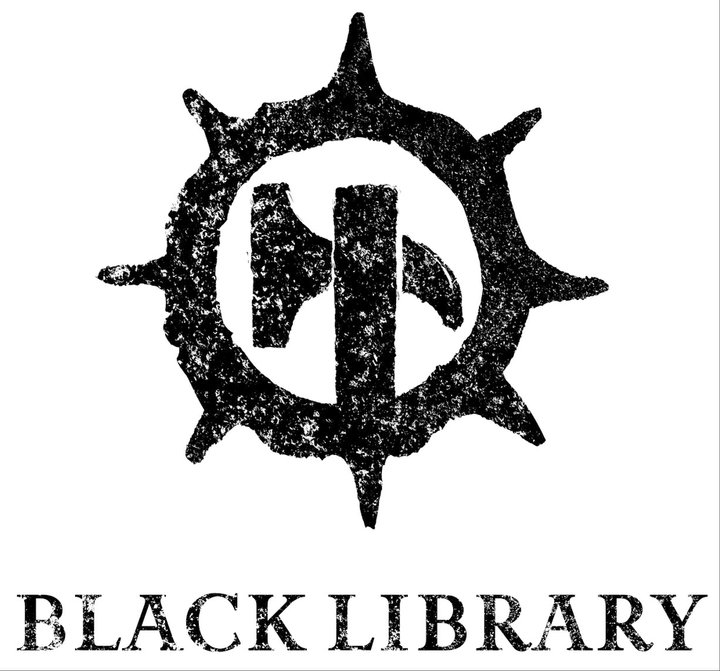 The Black Library is a division of Games Workshop (formerly a part of BL Publishing) which is devoted to publishing novels and audiobooks (and has previously produced art books, background books, and graphic novels) set in the Warhammer Fantasy Battle and Warhammer 40,000 fictional universes. The publishing company took their name from Warhammer 40,000, where the Black Library stored knowledge of Eldar race, the sinister Chaos, and the haunting Necron. Some of Black Library's best known titles include the Gaunt's Ghosts and Eisenhorn series of novels by Dan Abnett and the Gotrek and Felix series by William King and Nathan Long.

The authors of these novels, graphic novels, and comics created original storylines and characters that are based on playable armies in the main Warhammer 40,000 game and its many spin-offs (such as Inquisitor or Epic).These works are then promoted with contributions of stories, plot synopses, and rules in the White Dwarf magazine and at the official Games Workshop website.[4] The result is a fusion of tabletop gaming with science fiction and fantasy writing.

The Black Library was founded in April 1997 to publish INFERNO! magazine, a bi-monthly digest-sized anthology of short stories, comic strips and features from the Warhammer worlds. Black Library began as team at Games Workshop brought together to INFERNO! magazione.[1] INFERNO!'s success spawned Warhammer Monthly comic books, and then from September 1999 a lengthy series of fantasy and science fiction novels. Their first art book, Inquis Exterminatus was published in May, 1999. Black Library's catalogue now runs to well over two hundred titles, with a Warhammer and a Warhammer 40,000 novel appearing every month.

In October 2003 BL Publishing started a sister imprint, Black Flame, which applied the same pulp styling to novels featuring New Line Cinema characters such as Freddy Krueger and Jason Voorhees, and 2000 AD comics' Judge Dredd and others. In 2006, Black Flame produced the novel for the New Line Cinema's feature film Snakes on a Plane. In the summer of 2005 BL Publishing announced another fiction imprint, Solaris Books, that will publish original science fiction and fantasy. Solaris Books has subsequently been sold to Rebellion who also own Abaddon Books.

Short stories and other pieces of fiction were created for the White Dwarf magazine, for Warhammer 40,000 rulebooks and gaming guides, for other publications, such as the Citadel Journal, and for each of their official websites. Later, these evolved into larger novels and other works.

A series of Warhammer 40,000 comics were first created for the Games Workshop magazine, Warhammer Monthly as short background filler. In 1999, the first miniature and game tie-in was released as a joint project of Warhammer Monthly and its publisher, the Black Library.[5] This model was the bounty hunter Kal Jerico of the "Specialist Game" Necromunda.[6]

Including rules and a certificate of authenticity, the Black Library created many more limited edition miniatures and expanded the small comics into larger collections while adding many new ones.[7] These novels and graphic novels are accompanied by cross-promotional articles that connect the characters from the novels to the Warhammer 40,000 miniatures game.

The works produced by the Black Library detail the interactions of the Warhammer 40,000 armies: Chaos Space Marines, Daemonhunters, Dark Eldar, Eldar, Imperial Guard, Necrons, Orks, Space Marines, Tau, Tyranids, and the Witch Hunters. They are collaborated efforts between the authors of the Warhammer 40,000 game rules and the writers of the background.

These works expand on the storylines, characters, armies, and organizations discussed in the Codexes. Combined with contributions to White Dwarf magazine of articles, stories, and rules, and miniature lines produced by both Games Workshop and Forge World, they expand upon the fictional world of the original Warhammer 40,000 game and its other companion games. The column "Chapter Approved" of White Dwarf is a forum for collaborations between authors, model makers, and the rulemakers, allowing for the characters to have their own place amongst Warhammer 40,000 battles.

Alongside of the Warhammer 40,000 game was a short-lived game called Warhammer Warriors. The system was created by Rick Priestley and based on the playing style of LostWorlds. Many of the characters released for the miniature game were given rules and a "gaming book" to be used in playing against others. This series ended before many of the novels were published and production of cross-promotional books was discontinued.[10]
Fiction of the Black Library

Most of the stories take place thousands of years after the fall of the Emperor of Mankind at the hands of his favoured son Horus, once loyal but corrupted by Chaos. Many millennia has passed since then but the Imperium is still at war with the Chaos Space Marines, along with many new enemies.

The majority of these stories are written in the perspective of humans, primarily those of the Imperial Guard, the mechanics of the Adeptus Mechanicus, the female warriors of the Sisters of Battle, the holy Inquisition, and the superhuman Space Marines, although some have been written from the perspective of the Eldar, Chaos and Tau. They span the complete Warhammer 40,000 game with occasional expansions into the spin-off games, such as Necromunda or Inquisitor, or use vehicles and equipment only found in Epic or Battlefleet Gothic.