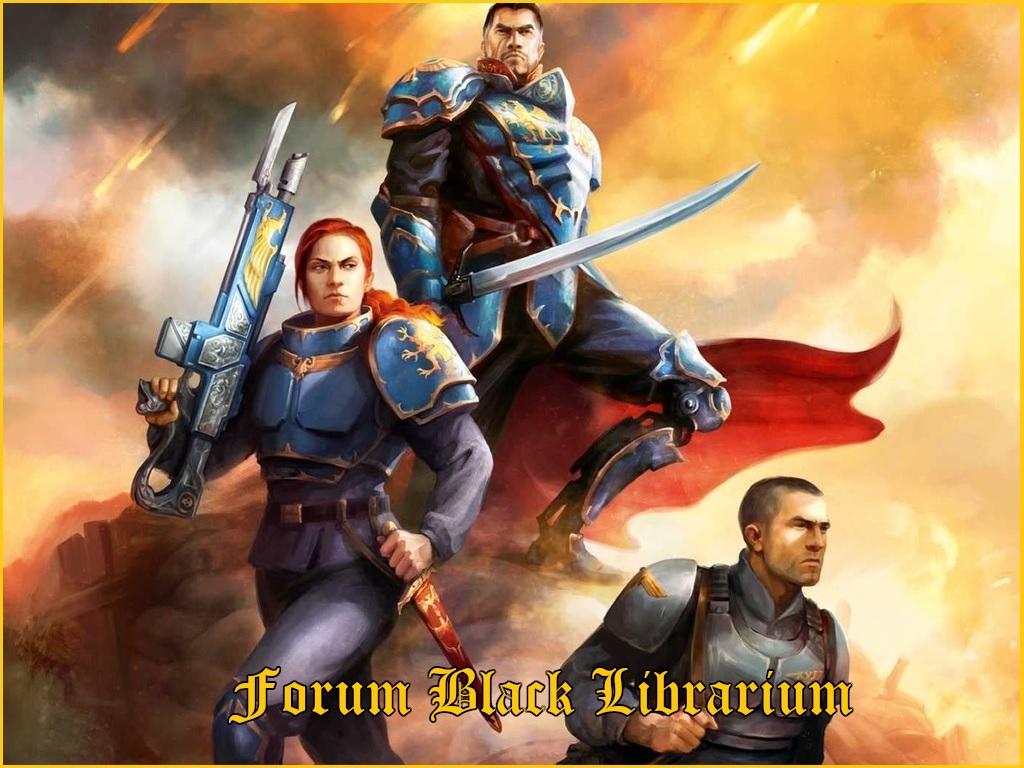 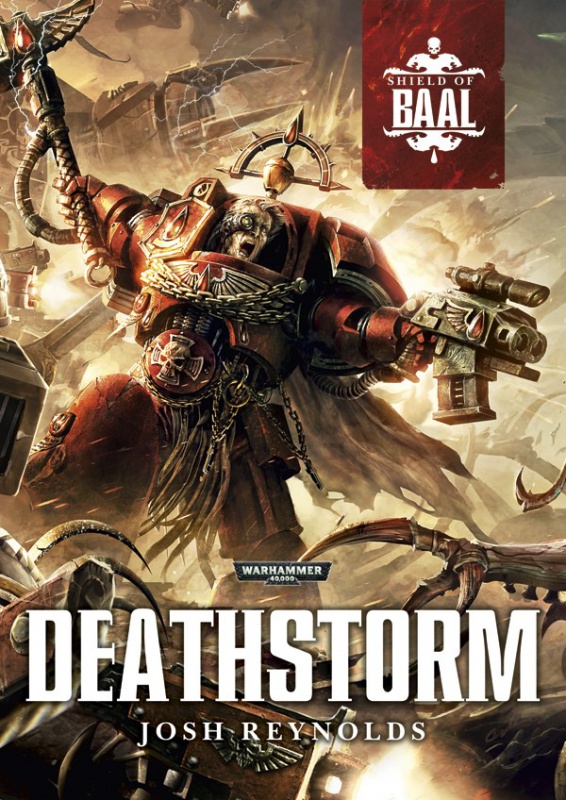 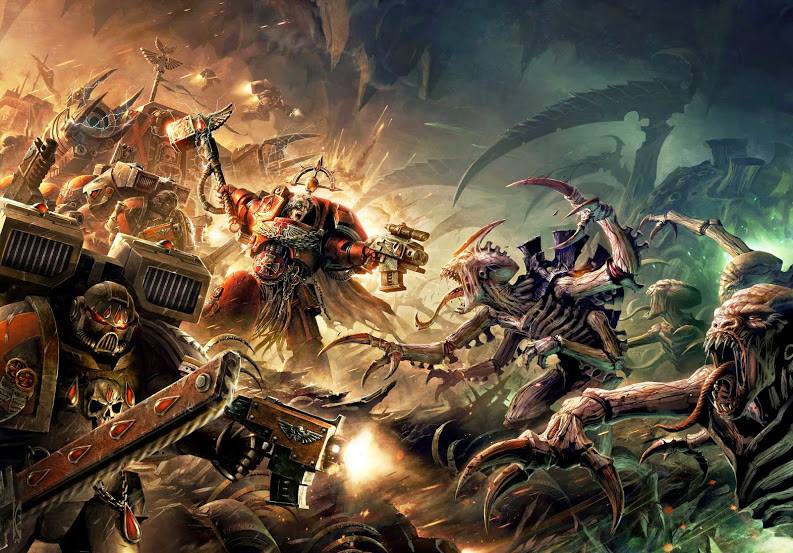 Karlaen ignored the Sanguinary Priest and looked at Dante. ‘I wish only to know what is required of me, my lord. I am the Shield of Baal, and I would serve as you see fit.’
Dante was silent for a moment. Then, he said, ‘You are still leading the assault, captain. And Phodia is still your target. But I require more than simple battlefield logistics from you this time.’ He looked at Corbulo.
The Sanguinary High Priest said, ‘Augustus Flax.’
Karlaen blinked. ‘The Governor of Asphodex.’ Part of his responsibilities as Captain of the First was to know everything there was to know about potential battlefields – everything from weather patterns to cultural dialects was of potential importance when planning for war, and Karlaen had studied and synthesised all of it.
He knew everything there was to know about the Flaxian Dynasty, and its current head. Augustus Flax had assumed the gubernatorial seat at the tender age of seventeen standard Terran years, after his father, the previous office holder, had been murdered by separatists in a civil war which had briefly, though bloodily, rocked the Cryptus System. Flax was an old man now, and his reign had been an unmitigated success, as far as these things were concerned. Karlaen felt a small stab of pity for the man – the system he had reportedly fought so hard to retain control of and hold together was now being devoured out from under him.
‘Yes. I – we – need him found, brother.’ Corbulo looked towards the vista-port. Silent explosions cascaded across the face of the void, as ships continued their duel. Karlaen cocked his head. Questions filled his mind, but he clamped down on them. His was not to question, merely to serve.
‘Then I will find him, Master Corbulo,’ he said.
‘He or his children will do,’ Corbulo said. ‘Failing that, a sample of their blood.’
More questions arose, but Karlaen ignored them. If Corbulo was here, and this mission was being undertaken at his counsel, then there could be only one reason for it. Corbulo’s overriding passion was no secret. The Sanguinary High Priest had one desire above all others: the elimination of the twin plagues which afflicted the sons of Sanguinius, whether they were Blood Angels, Flesh Tearers or Angels Encarmine. Corbulo had dedicated his life to unravelling the secrets of the Red Thirst and the Black Rage, and had spent centuries on the hunt for anything which might alleviate the suffering of Sanguinius’s children.
Karlaen bowed. ‘It will be done, on my honour and the honour of the First Company. Or else I shall die in the attempt.’ He straightened. ‘I will need to requisition a gunship, or a drop pod…’
‘Speed is of the essence, brother,’ Dante said. ‘Time grows short, and Asphodex dies even as we speak. This world will be consumed by the beast, and we do not have time for you and your Archangels to attempt an entry from orbit,’ he said. ‘Report to the teleportarium. Your men will be waiting for you there.’
‘Teleportation,’ Karlaen said. He grimaced. There were few things that could stir the embers of fear in Karlaen’s heart, but teleportation was one of them. There was something wrong with it, with how it worked. There was no control, no precision, only blind luck. He shook himself slightly. He knew that Dante would not have authorised it if it were not necessary. Countless battles had been won with just such a strategy, and Karlaen reassured himself that this time would be no different.
He looked at Dante. ‘As you command, my lord. I will not fail you.’
‘You never have, captain,’ Dante said.
Karlaen turned away and took one last look at the war-torn heavens and the dying world. There was nothing but blood and death lurking beneath those grey clouds. If Augustus Flax, or any of his kin, still lived, it would not be for long. Yet his orders were clear.
It was his duty to find Augustus Flax, and the Shield of Baal would see it done. 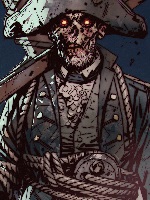 For my father, who bought me my first Space Marine 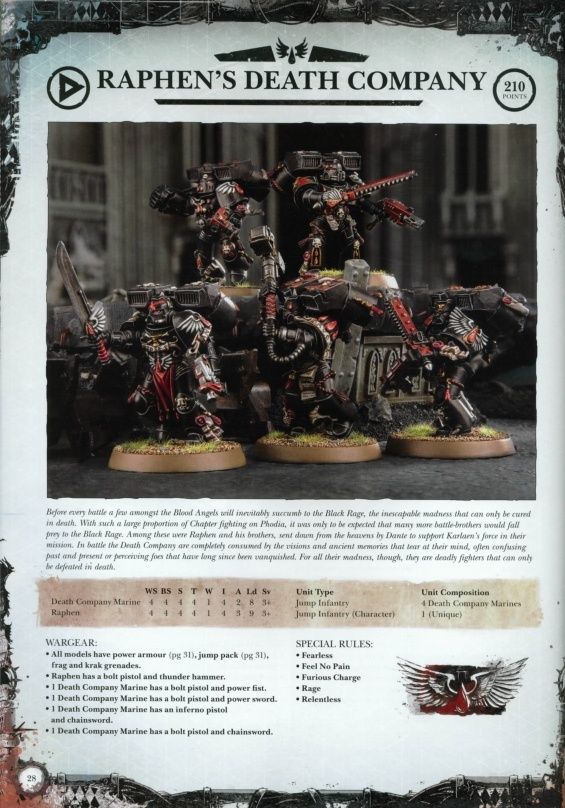